Weekend progress on the 350z

It was a good weekend on the 350z, I made progress on pretty much everything I needed/wanted to do to start the 2016 season, with only the corner balance and wheel alignment remaining. Those are scheduled for Monday at Solo Performance.

Here’s a run down of what I was able to accomplish this weekend:

When I removed the upper intake, to remove the Plenum spacer I found that the inside was a disgusting mess. I sprayed it with some carb cleaner before seeing “not recommended on fuel injected vehicles” on the can, so I headed off to pick up some throttle body/intake cleaner. Ideally I would have taken the entire lower manifold off and cleaned it, but I didn’t have the lower gasket and after spending all day on the car I was anxious to finish up for the evening. I cleaned it up, but it still could be better (See photos below). After getting it all back together, I wasn’t able to start the car, initially it started and ran for a moment, but after that it wouldn’t fire.

In addition to the work on the 2003 350z, I also spent a bit of time working on a friend’s 2014 Corvette Stingray. He’s had it for 2 years now, with just over 6k miles on it, and after the brakes get warmed up it has a pretty annoying squeal/squeak that happens during low speed stops. He’s had the service bulletin for ‘14s done but that didn’t help with the brake noise, so I have the car for a week or two to try and correct it. After being able to reproduce the problem, I determined that it appeared to be coming from the rear of the car. I took the rear pads off, applied some anti-squeal to the back of the pads and then drove it 100 miles this weekend around town, so far it appears that the problem has been resolved, but I’ll drive it a few more times before he returns to see if it is truly fixed. 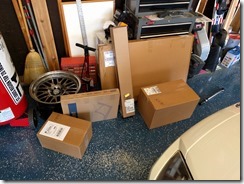 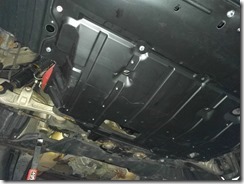 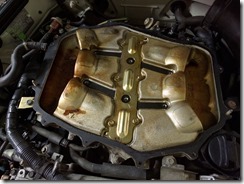 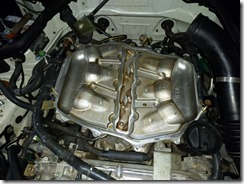 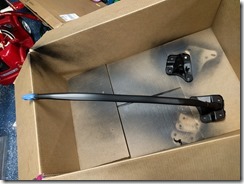 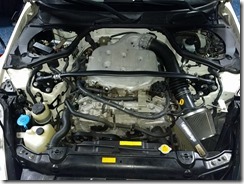