The 2016 Autocross Season So Far

So it has been a while since I’ve had the time to get a blog post up here, so let’s get started.

After the last post, the car was almost ready for the Dixie National tour, held in Cecil Georgia, but there was some final prep to do. I took the car down to Solo Performance to corner weight and align the thing, with good results. 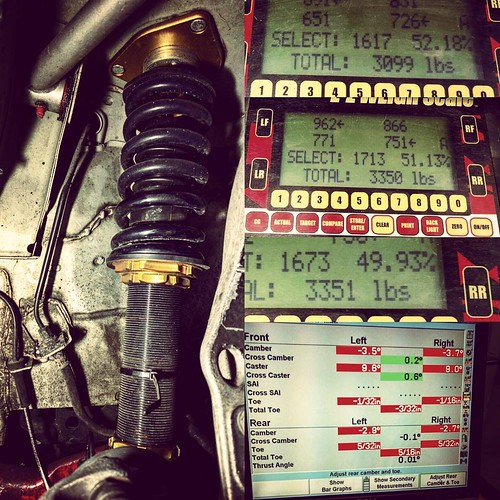 The corner weight/alignment was completed just in time for the St. Louis region’s impromptu Test & Tune. The weather didn’t pan out well, cold and wet, but the region did a great job of throwing together a last minute T&T at Gateway Motorsports Park on March 13th.  Due to the weather, not much was done in terms of actually testing and tuning, I used the event as a driver shakedown to try to get the winter rust out of my head, I also used it as a trial test of towing the car behind the 2008 Tahoe.

For the Dixie National Tour, Natalie and I towed the car down to Georgia (thanks to Izzy’s for the trailer). We went down a couple of days early to spend a day with one of my bosses hiking through beautiful Amicalola Falls State Park. After the hike and staying a night in the cabin, we headed down through Atlanta. I don’t know if I have ever had a good time driving through Atlanta, and this trip was probably the worst in terms of our experiences. Waze took us through downtown, getting off the highway, to try to avoid some of the accidents on the highway, but Waze obviously didn’t know we were pulling a car on a trailer, because the route was definitely not ideal for the rig.

We ended up in Valdosta Georgia a day earlier then planned, which ended up making things much easier on us Friday when we got up, washed the car, and headed out to the event site, the South Georgia Motorsports Park. Friday morning we parked, unloaded the car and headed over to the practice course to try to get more of the rust off (the driver). Practice went pretty well, though it was crazy busy, so long waits between the practice runs. Brian (former car owner) ended up taking some runs as well as he was going to be co-driving with me for the Dixie Tour. After practice runs I made Natalie head out for a bicycle ride with me, it was our first time experiencing riding for your life while being chased by some very angry dogs. Other than the dogs, the ride was flat, fast and great exercise. 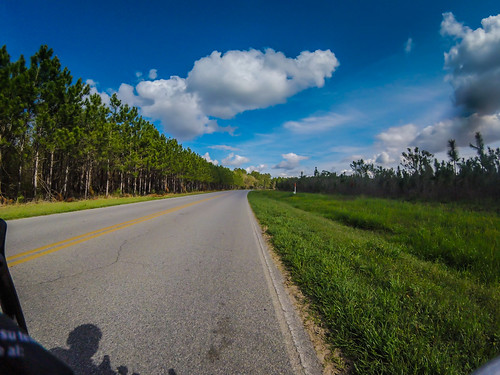 Saturday and Sunday for the Tour went well. Saturday morning started out wet, we ran first heat, but it was drying, so there was definitely an advantage to being second driver if you had two drivers, as the surface was getting dryer/faster every additional run. At the end of Saturday runs I was sitting in second place in the 7 driver STU class. Brian was sitting in the 3rd and final trophy spot. Sunday we both drove well, all driver’s in the heat benefited from dry runs. Both of us ended up falling back, myself one position to finish third (final trophy spot) and Brian back two, to fifth for the weekend. I was pleased with the result, and happy to finally have fun in the car, I was beginning to worry I wasn’t going to enjoy autocrossing this 350z after the first two events I had done in it.

From Dixie, the car was loaded up on the trailer and headed to Chattanooga (with Brian), while Natalie and I headed south to Orlando for a few days at a work convention. On the way back up to Chattanooga on Thursday morning to get the car, Brian sent me a txt telling me that someone had attempted to break into the car while it was sitting on the trailer at his shop. Somehow they were unsuccessful at getting in, but they did manage to bang up the driver’s door and window (about $1500-2,000 worth of damage).

The drive back through Atlanta was fun again, lots of accidents and idiots, along with the fact that I had the news about the car, it wasn’t a very fun day. We picked the car up and drove up to Tullahoma to stay the night, before heading to the Jack Daniel’s distillery on Friday morning. 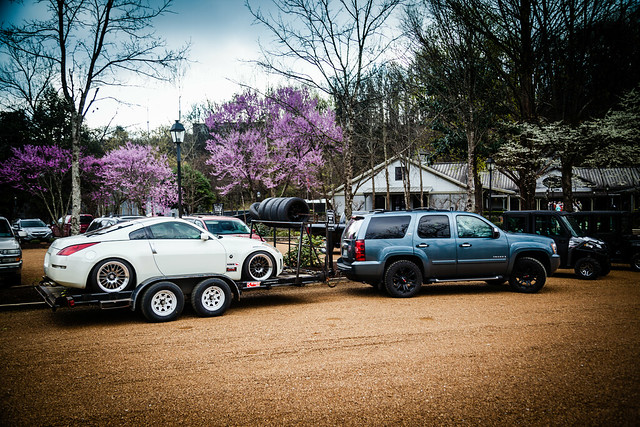 The first local SCCA autocross in St. Louis was held on Sunday April 3, 2016. Over all the event went okay, I won the STU class by a couple of seconds, but ended up in 7th on the overall index. Not exactly the position I was hoping for. The car drove well, I feel like I just didn’t drive it to the full extent of how it can be driven, and my position on Index showed that result. 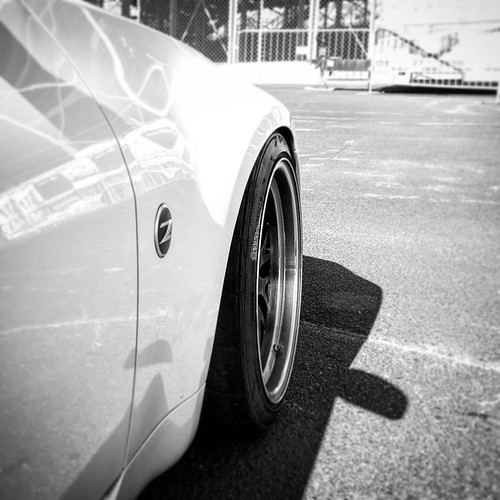 Event #2 of the St. Louis 2016 series was held this past Sunday at the Family Arena in St. Charles. Once again, I finished on top in the STU class, but this time in 8th overall on Index. Again, there was more in the car, though I don’t know if there was a full 1.2 seconds more, which is what I would have needed to move in front of the STF index winner. 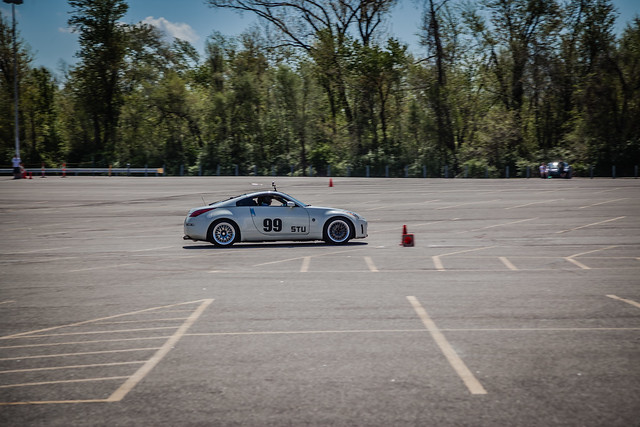 One thing I will be doing this year is trying to improve my driving. I find that overall my instincts are “pretty” good as to where I can go fast, and where I can’t, my gut gets me pretty far. But I honestly don’t think it gets me far enough. I have a hard time “improving” on autocross runs typically, meaning I’ll go out and put down a pretty quick time, but not improve much over the next 2 runs (more if local events), which means I am oftentimes not getting all that I should be out of the car, or myself. I am going to try to improve my driving through the use of technology, and the hot tool right now for that in Autocross is an Android app called SoloStorm, from petreldata.com.

With SoloStorm you can analyze the data from your runs quickly from an Android tablet inside of your car. In the past I’ve tried to look at data from the DL-1, on a laptop, between runs, but it was clunky and not easy enough to do that quickly. With SoloStorm you are able to look at runs, segments, and compare where you are faster or slower, this can be extremely useful when you have two drivers as you can compare your run to the other driver to see where you can each improve.

I haven’t used it just yet, I did try to get it working with my old-ass RaceTechnology DL-1, but wasn’t able to get the Tablet (Nexus 7 2013) and the DL-1 talking properly while on the parking lot at the Family Arena. I’m hoping to have the Bluetooth GPS  hardware before my next event (www.gatewayautox.com) so look for more posts on SoloStorm in the coming weeks and months.

Next weekend (April 30, May 1st) I’ll be at the Grissom Classic in Peru Indiana, and the following weekend I’ll be at the Wilmington ProSolo. See you out at an event!