Lowering the suspension in reverse

So today I went back at the suspension of the car.

Time lapse of lowering the suspension, in reverse

The problem with the video is that I did the time lapse in reverse! I mistakenly sorted the photos in descending order instead of ascending. You really can’t tell on the time lapse though, it just looks like another time lapse!

So what did I do today? Well I dropped the car a bit. I wasn’t too happy with how little the car dropped after the work this week, so today I spent some time adjusting the suspension a bit. I’ve never worked with coil overs or spring perches before so it took a little bit of figuring things out.

I ended up bringing the car down a bit. Here is the photo from yesterday 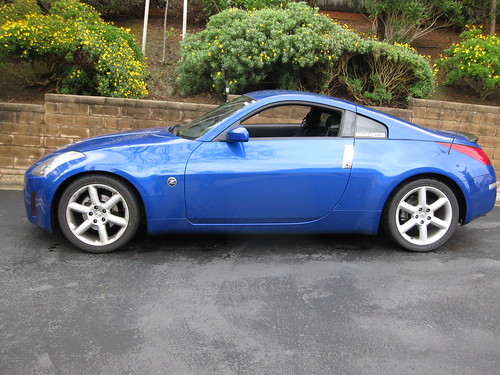 and what it looks like today (with the race tires on). 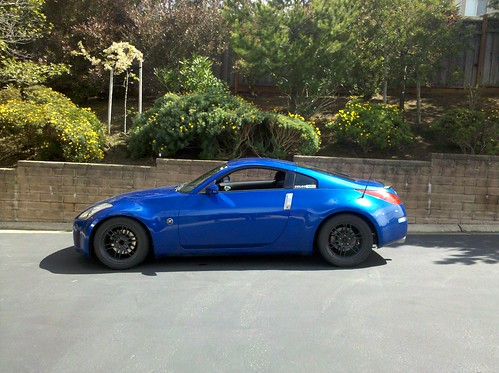 I drove around the neighborhood a bit with the race tires on to see if I had any trouble rubbing, in the current configuration it doesn’t look to. The wheels are 18x10 +38 Enkei RPF1s, and the tires are 305 V710s, I’m glad there doesn’t appear to be any rubbing issues, we’ll see how it goes under autocross competition though.

After doing all the work I had to take the tires over to Charlie’s place to put in the back of Ed’s truck. Thankfully Ed is going to haul the wheels/tires down to San Diego for the National Tour next weekend, and the El Toro the following weekend.

I still didn’t get a chance to do the alignment on the car, I’m hoping to get it to an alignment shop over lunch Monday or Tuesday. I just want them to check the Toe on the alignment for now, I also want to see what the other specs came out as. I may try to do some adjustments in San Diego on Friday/Saturday, but we’ll see.

« The suspension is on! Alignment done, at least for the road trip »
comments powered by Disqus