Earlier today I took the leaking wheel/tire to Solo Performance Specialties to take the tire off the rim and take a look at the wheel and see what the damage really was.

After popping the tire off the wheel we quickly found that the wheel had a repair attempted both inside and outside of the wheel, it actually looked like someone had taken JB Weld to it.

The repairs had cracked through, and the wheel was out of round, first we rolled it on the floor to see, then put it on the balancer, and it definitely was out of whack. Instead of even trying to repair the wheel I ordered another one from NLMotoring, it was $165 shipped, so it just made sense to order a new one than to worry about another repair weakening the wheel even further and constantly working about it leaking in the future.

These wheels aren’t what I would choose if money weren’t an option, but money is always a factor in racing, and these are the wheels that came with the car, so they will have to do until I get some CCW Wheels from SPS. 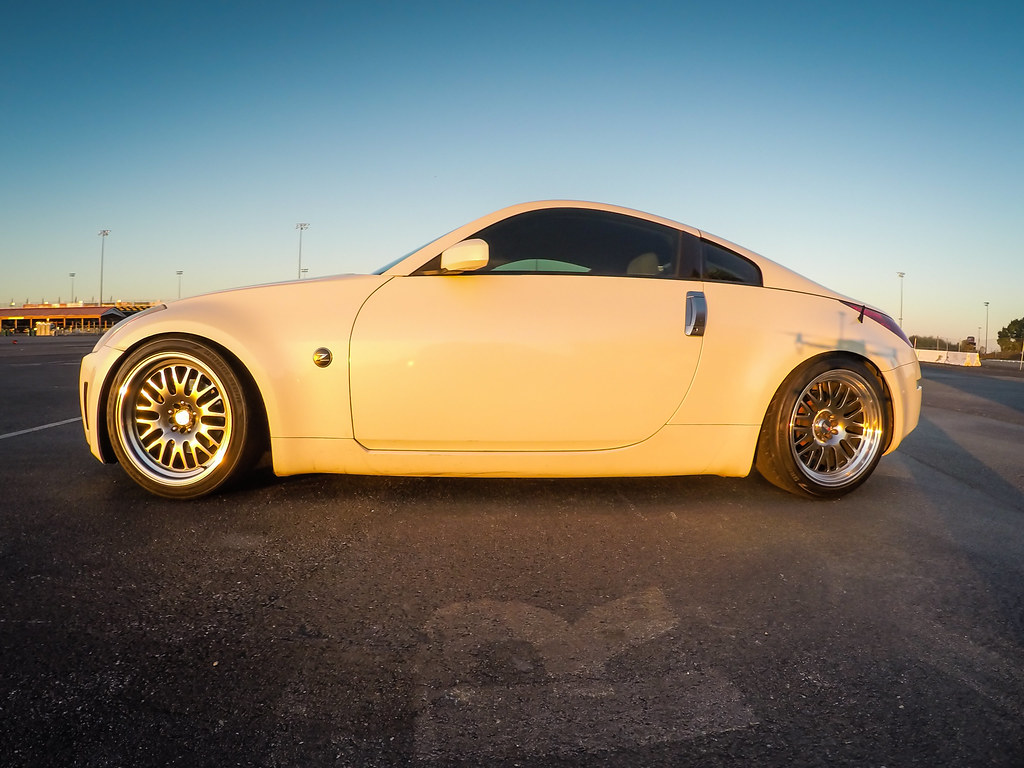